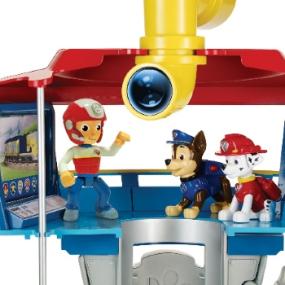 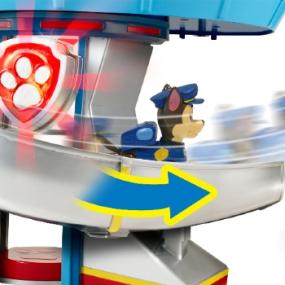 Paw Patrol Lookout HQ Playset lets kids bring home the headquarters of the Paw Patrol pups. Just like in the show, Ryder has called the Paw Patrol to the Lookout headquarters to learn about their mission! Kids can organize and gather all the crew inside the tower before they race to the ruff-ruff rescue.

As the pups gather at Paw Patrol headquarters, they can ride up the real working elevator. Ride from ground level up to the top floor to gain access to the periscope.

When danger is near just give a yelp, the Paw Patrol is here to help! The Lookout Playset has a real working periscope! Kids can image they are searching Adventure Bay to spot trouble using the real working Periscope! It rotates a full 360-degrees!

Sound The Alarm and Slide to the Rescue!

Press the giant Paw Patrol badge to activate the lights and real sound FX straight from the TV show! Then slide into action using the twisty rescue slide that leads right into your Paw Patrol vehicles. It’s the fastest way to rush to the ruff-ruff rescue!

The Lookout Playset includes police pup Chase and his police cruiser. With real working wheels, Chase can save the day by racing to the rescue and marking dangerous hazards! Additional characters such as Ryder and Marshall each sold separately. 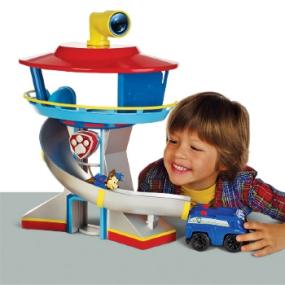